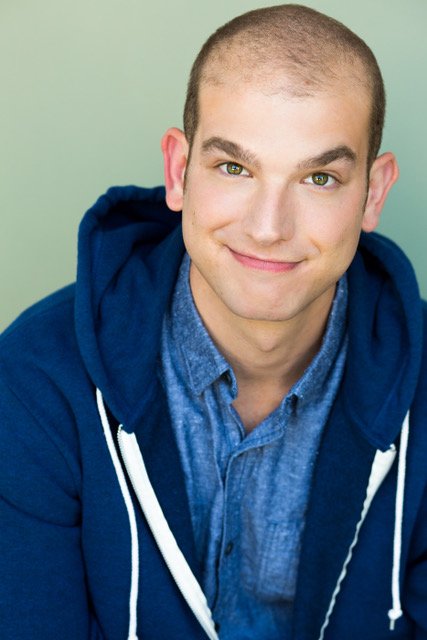 We’re thrilled to introduce the 2019 CineStory TV Fellow, Robert Axelrod, whose wining episodic spec comedy script BETTER THINGS – “Goy Vey” impressed us with his skill in capturing the tone of the show while also showcasing his own writing voice.

As this year’s Fellow, Robert will receive $1,000, free tuition and housing for this year’s TV Retreat, and a 12-month mentorship with 2 Hollywood professionals hand-picked to help advance his craft and career.

Robert is based in Los Angeles, originally hailing from Ann Arbor, Michigan. Since arriving in Los Angeles, Robert has used his love of words and entertainment to parlay himself to a career in entertainment business and legal affairs. He worked as the legal assistant on sixteen films, including the Academy Award nominated Mudbound and Isle of Dogs, along with Bright, Okja, Detroit, Isle of Dogs, The Old Man and the Gun, and the Academy Award winning Three Billboards Outside Ebbing, Missouri. He currently works at Felker Toczek Suddleson Abramson LLP as a legal assistant covering clients such as Greg Berlanti, Pamela Adlon, Gabrielle Union, Mila Kunis, and Freddie Highmore.

He’s trained with both UCB and The Groundlings in Los Angeles and was a writer for the 2017 CBS Diversity Showcase.

His work has placed in several writing contests and fellowships, most notably as a quarterfinalist in the Academy’s Nicholl Fellowship, as a finalist for the Sundance Screenwriters Lab, PAGE International Screenwriting Competition, Austin Film Festival Screenwriting Competition, and ScreenCraft Pilot Launch Contest. He also had a project chosen as an official selection for the Producer Guild of America’s diversity fellowship program.

His work as a writer and producer has premiered at the Orlando and Huntington Beach International Film Festivals, screened at the London Comedy Film Festival, and been featured on Vimeo and Funny or Die.

In his spare time, Robert volunteers as a crisis service counselor with the Trevor Project, the nation’s leading suicide prevention and crisis intervention service for LGBTQ youth.

And the 2019 TV Division Winners Are…

The Business of “The Biz”
Scroll to top