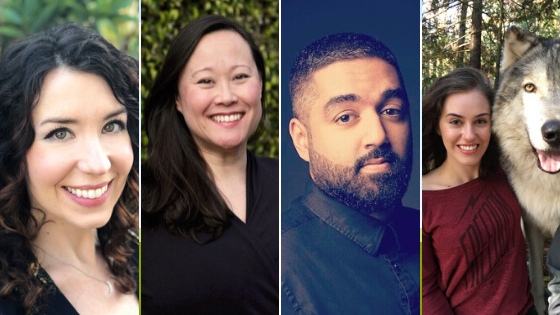 We’re pleased to introduce our 2020 TV Fellowship Contest Division Winners! This year, our divisions included Original Drama, Original Comedy, Original Sci-Fi, and Original Family/Children. Each of these writers placed first in their respective divisions and were considered for the 2020 TV Fellowship. Congratulations to them all! 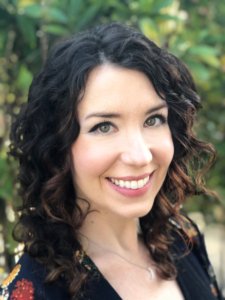 In Erin Kathleen’s division-winning pilot, DARK IRISH, a prodigal daughter is thrust into the world of gun running for the IRA after her father’s murder in 1970’s New Jersey.

Erin was a 2013 finalist in the Academy Nicholl Fellowships in Screenwriting and in the Austin Film Festival Screenplay competition with her script, LOST CHILDREN. She’s drawn to complex characters, moral ambiguity, social issues, and a good, tense atmosphere. Erin is currently working on a number of new projects, and most recently developed a biopic with Panay. 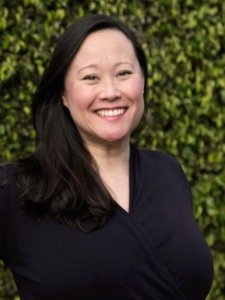 In Kelly Strathmore’s division and fellowship-winning script, EAST PALO ALTO, recent parolee Axel Park and his band of pals from the hood set out to prove Axel’s innocence and take down a sinister (& not exactly sane) tech CEO, but Axel’s need to stay legit — and his sister (aka the morality police) stand in his way.

Kelly is the daughter of a Korean factory worker turned housekeeper and former drill sergeant turned maintenance worker. Her blue-collar, multi-cultural roots as an Indiana farm girl turned Silicon Valley tech nerd inspire her to draw from a deep personal well of intersectional axes for her storytelling.

She recently graduated with an MFA in Film & Television from the UCLA School of Theater, Film, and Television and has been awarded scholarships and placed in the upper echelons of prestigious competitions, including the UCLA Alfred P. Sloan Foundation Screenwriting Grant, Jay Grossman Comedy Writing Award, Stephen N. Gershenson Memorial Scholarship, the Austin Film Festival Screenplay Competition, and the Writers Guild Foundation Pitch Competition. Click here to read more about Kelly. 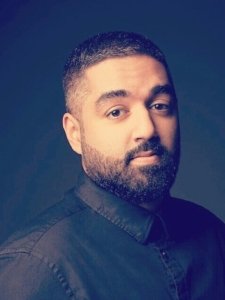 In Nabil Chowdhary’s division-winning script, THE PERAGRO PROJECT, A reporter is led down a conspiracy rabbit hole when she receives a mysterious classified document claiming that the government has created a time machine and has used it to alter the past – which is her present of 1984.

Born and raised in the UK, Nabil has always had a passion for film and storytelling. However, after a career in tech that took him across the world, he eventually left that world behind, relocated to Melbourne, Australia, and turned all his attention to writing and directing. After multiple award-winning short films and accolades for his writing over the past year, his sci-fi feature script POD appeared as number one on The Hit List and then top ten on The Black List. Nabil is represented by Writ-Large. 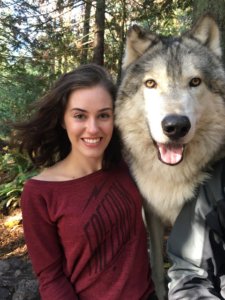 In Zoe Furlong’s division-winning script, MIKA PEPPER: MONSTER HUNTER, a mixed-race schoolgirl in the 1990s uses her wit to thwart supernatural creatures in her hometown, while battling bullies, adolescence, and her parents’ disintegrating relationship.

Zoë is a film editor, documentary story writer, and screenwriter currently based in Seattle, Washington. She began working in film and media in high school, assisting a media nonprofit whose mission was to catalyze indigenous youth to use media as a tool of self-expression and cultural preservation. After high school, she swapped out the drizzly Pacific Northwest for the snow-covered Northeast, heading to the small town of Hanover, New Hampshire to attend Dartmouth College. At Dartmouth, she worked in the Department of Film and Media Studies and the school’s Media Center while majoring in Native American Studies and Anthropology. As a recipient of the Film and Media Department’s J. Blair Watson Grant her senior year, she adapted the 1796 novel THE MONK into a 40-minute silent film shot on 16mm.

She stepped into the world of screenwriting a few years ago, finding inspiration in themes that informed her educational journey: Haunted landscapes, folklore, complex identities, and the things we collectively sweep under the rug.

As a film editor and story writer, she has worked on documentaries exploring similar themes, including rediscovering our connection to, and place within, the natural world, re-examining cultural taboos, and what happens when we (literally) dig up the grim reality of our nation’s past.

She is humbled to be a division winner in this year’s Cinestory TV Retreat.