We invite you to get to know our wonderful 2018 TV/Digital division winners: Congratulations to them all! 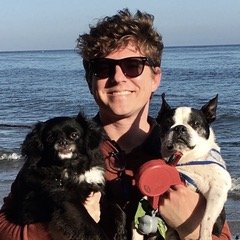 Joey Siara grew up in Whittier, California. His dad was a cop and his mom a teacher.

He spent his twenties in a rather loud indie-rock band called The Henry Clay People – a group of brat-dorks fueled by cheap beer and a reverence for rock & roll history. Since 2008, he has seen nearly every state in the U.S. through the cracked window of a Ford Econoline. The band put out five albums, played hundreds of shows – including sets at Lollapalooza and Coachella – and their music was featured in several TV series – from Sons of Anarchy to Parenthood to Gossip Girl.

Joey has a Master’s from Harvard and an MFA from UCLA. He was named to Harvardwood’s Most Staffable List (2016) and Tracking Board’s Young & Hungry List (2017). In 2017 he won 2nd prize in the Samuel Goldwyn Writing Award for his comedy feature, Goslinged.

His drama pilot, Yorba Linda Hardcore, is at Josephson Entertainment with Jonathan Collier (Bones) attached to supervise. He is currently co-writing a pilot with John Strauss (Mozart in the Jungle) set in the 1980 LA punk scene.

He’s been known to become verklempt while listening to Springsteen or while staring into the eyes of his ancient rescue dog, Edna. He sometimes does both at the same time. 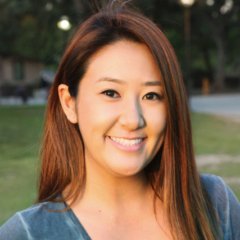 Naomi Iwamoto is a Japanese American writer-director based in Los Angeles. She graduated from UCLA with a degree in Political Science and Asian American Studies. Prior to completing her MFA at the USC School of Cinematic Arts, she wrote for LA Weekly and Los Angeles Magazine. Her debut short film, Lost & Found, visited film festivals worldwide and was included in the inaugural Women Behind the Lens showcase at Paramount Studios. Most recently she completed Ryan Murphy’s Half Foundation Director Mentorship Program and is a current 2017-2018 CBS Writers program fellow.

Michael Robin is a human person who loves lobster. Michael’s JDate profile describes him as a “former New Yorker” whose life goals include “making the perfect recipe for bacon chocolate ice cream.”

Michael is a member of Ikar, a progressive synagogue in Miracle Mile. Michael loves hosting Shabbat dinners for his Ikar buddies. Through Ikar, Michael also coordinated a ride share program to
transport refugees who’ve recently arrived in the US to medical and legal appointments.

Michael has been writing since 1995, when his short stories The Magic Balls and How I Got Slimed were rejected from Roaring Brook Elementary School’s literary magazine, The Lion’s Tales . He
likes writing about jaded cynical heroes who secretly have gooey life-affirming optimism hidden away in their hearts. He has taken writing courses at Script Anatomy, Writers Boot Camp, and Writing Pad, and has completed his Certificate in Television Writing at UCLA Extension (go Bruins). He studied playwriting as an undergraduate at Harvard, and received the Lee Patrick Award in Drama for Harvard’s most promising young playwright.

One time, when Michael was in Teach for America, Michael produced Wilbur Cross High School’s first Talent Show in spite of his administration’s opposition to letting students perform. Another
time, Michael sang Miley Cyrus’ “Party in the USA” at a talent show in the city of Nazareth. Michael has been known to spontaneously break into Irish folk songs while making pancakes. Michael currently works as an educational consultant, helping kids with special needs become kick ass students. 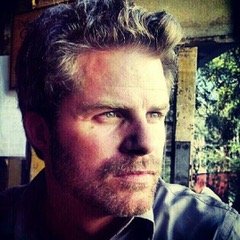 Craig was introduced to the power of cinema when, at the age of six, his parents took him to see Jaws. What trust remained was further eroded when they next took him to see The Spy Who Loved Me, featuring a character called Jaws, and a frickin’ shark. By the time Star Wars came out the trust had already been irrevocably broken. Most days he can be found staring off, rocking gently, muttering, “We’re gonna need a bigger boat…”

He has been writing and directing films for over a decade, with the singular goal of amassing enough power and wealth to properly exact his revenge. And, y’know, world peace or whatever.

This is his first foray into writing for TV. 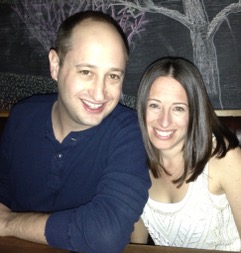 Like many writing teams in Hollywood, Ben and Melissa Oren met on JDate and then didn’t talk to each other for six months… when they were set up on a blind date. They fell in love, then got married, and then, finally, after much consternation, began to write together. Amazingly enough, they are both still alive.

Together, they have written for shows including Alloy Entertainment’s digital series, First Day, and a freelance episode of State Of Georgia for ABC Family/ABC Studios. They have also developed comedies for studios including Warner Brothers and Fremantle Media, and sketch material for Awesomeness TV. Most recently, Melissa and Ben have been in development on projects with Bunim/Murray Productions, and with Jeffrey Kramer at Juniper Place Productions, a pod at CBS. Their short film, The Best Friend, which they co-wrote and Melissa directed, has been accepted to numerous festivals and it won the Audience Choice Award at the Brooklyn Girl Film Festival.

Ben grew up on Long Island, graduated from Dartmouth College, and afterwards spent two summers writing for the local newspaper in Fire Island, NY. He covered drag shows and erosion issues and was eventually sued for $20 million by a water taxi company. At that point, Ben was ready for something less stressful, so he moved to Los Angeles to write for film and television. Since then, he has written for MTV’s The Andy Milonakis Show, Crank Yankers, Rob and Big, and Global Television’s Bob and Doug. He consulted for the Nickelodeon Kids’ Choice Awards, Teen Choice Awards, MTV’s DJ & The Fro, and MTV’s MegaDrive. He has also produced on unscripted shows such as The Bachelor specials for ABC, Make Me A Millionaire Inventor for CNBC, and Celebrity Undercover Boss for CBS.

Melissa’s career has its origins in theater. She grew up in Highland Park, IL, and attended Emory University, where she fell in love with writing and directing plays. In an effort to translate her knowledge of theater to screen, she moved to Los Angeles where she has spent several years working in television as a writer/director. Earlier this year, she was accepted to a TV directing program run by WeForShe, an organization advocating for women in media, where she is being mentored by Tamra Davis. She has shadowed multiple directors on shows including Happy Endings, Work It and Modern Family for ABC; No Tomorrow for CW; Life in Pieces for CBS; and Thundermans for NICK. Melissa has been working in the digital space and recently directed a series for parents.com.